When our pets are sick, the only thing we want is to provide them with quick relief, which is why we sometimes give them drugs for humans. However, you should know that the metabolism of dogs and cats does not work the same as ours and that the products that can do us good may cause them serious problems. For this reason, it is always advisable to consult a veterinarian before having them take any substance.

Here are ten reactions from various human medications that can cause harm to our four-legged friends if we give it to them or they accidentally ingest them.

This medication helps reduce fever in people and effectively relieve pain. But when it comes to dogs and cats, it’s a different story. In the case of cats, it reduces their ability to carry oxygen in the blood, in addition to causing severe damage to the liver, making them sad, and changing the color of their gums. On the other hand, a study in Kansas found that dogs can suffer from liver damage if they consume this drug in large quantities relative to their weight.

According to the American Society for the Prevention of Cruelty to Animals ( ASPCA ), this drug (which acts as a decongestant in humans) can also be given to rodents, cats and dogs. However, if it is not administered at the right dose depending on the size and weight of the animal, it can cause agitation, hyperactivity and tachycardia 15 to 30 minutes after ingestion, dogs being the more sensitive to the effects of the drug. If used for long periods, it can cause decomposition in muscle tissue.
3. Diazepam
In some cases, like human treatments, veterinarians prescribe this medication to their four-legged patients to treat anxiety and epilepsy. However, it has been shown that its prolonged use mainly affects the liver of cats. Dogs can also suffer damage, albeit more moderate.
4. Methylphenidate
The Department of Veterinary Medicine of the University of Illinois conducted a study to determine the level of toxicity of this drug in dogs, discovering that at high doses, it can cause hyperactivity, tachycardia, vomiting and even the death. It has also been found that this drug (used to stimulate concentration) can cause an increase in respiratory rate and hypertension in cats. However, the symptoms seem to disappear 25 hours after ingestion.
5. Beta-blockers
The toxicity of these drugs varies from moderate to severe, depending on the dose. Beta-blockers are used to treat heart problems such as arrhythmias and to regulate the blood pressure of dogs, cats, and humans. However, if more drugs are given than prescribed, it can slow heart rate, cause kidney damage (if used in the long term), and even death.
6. Metformin
This compound is prescribed to human patients with diseases such as type 2 diabetes. In a study conducted by the Animal Poisoning Control Center, the drug was administered to dogs and cats with the same disease dogs are generally more affected than cats. In both cases, after ingestion of an excessive dose, severe vomiting and diarrhea occurred, an effect similar to that in humans.
7. Salbutamol
To treat asthma, salbutamol can be useful in animals and humans. While some of our pets may be seduced by the colors and the particular shape of the inhalers, accidentally biting or ingesting them may cause punctures and poisoning by chemicals inside the container. Dogs and cats may experience hypotension, tachycardia, vomiting, potassium deficiency, and severe arrhythmias if the dose indicated by the physician is exceeded.
8. Contraceptives
Birth control in dogs and cats has led some owners to consider the possibility of treating them with human contraception to prevent sterilization. The problem of this method, which seeks not to be invasive for animals, is that it causes in females alopecia, alterations of the mammary glands, acne and pyometra, an accumulation of secretions in the uterus which can be fatal if it is not discovered in time.
9. Nonsteroidal Anti-inflammatory drugs
The Department of Veterinary Medicine at the University of North Carolina has studied the most common analgesics applied to dogs and cats and has shown that nonsteroidal anti-inflammatory drugs can cause problems such as kidney damage, bleeding disorders and gastrointestinal issues. However, these effects are reduced in animals that are well hydrated and have no pre-existing diseases, such as obesity.
10. Ibuprofen
This compound has become very popular for fighting short-term or long-term pain in human patients with arthritis and other chronic diseases. Its use in dogs and cats has also become common, but this drug can cause poisoning in both species by a wrong dosage, especially when pets are playful and mistakenly take pills to play with. Ingestion may cause kidney and liver damage. 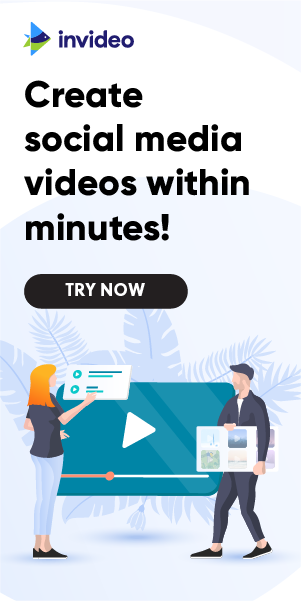